Skip to content
Home | The History of Rings Part 2

Last month I talked about a wonderful old picture showing historical rings and how you could see their influence on contemporary designs.  I said that I would revisit it but this time I am going to take a slightly different approach. 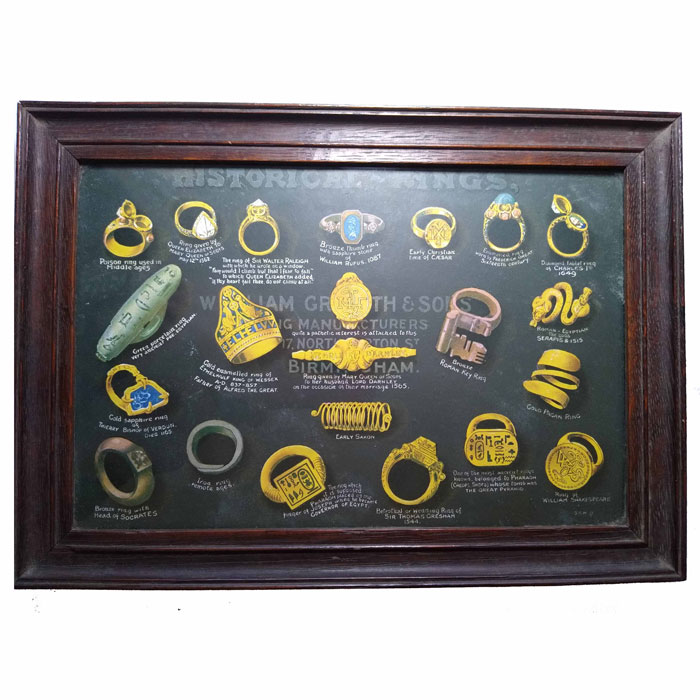 I was immediately drawn to the poison ring from the middle ages at the top left and also the diamond ring of Charles I on the top right.   I am fascinated by these two as they both have concealed opening hinged lids.

A poison ring may have been used to carry poison although perversely they were also used to store sacred relics such as hair or bone which was supposed to keep the wearer safe.   They were sometimes known as pillbox rings as they could contain pills. 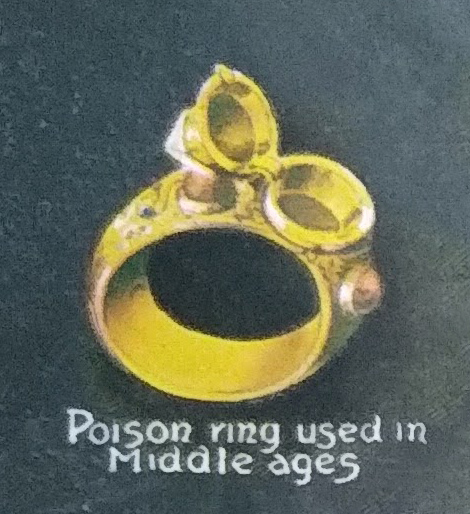 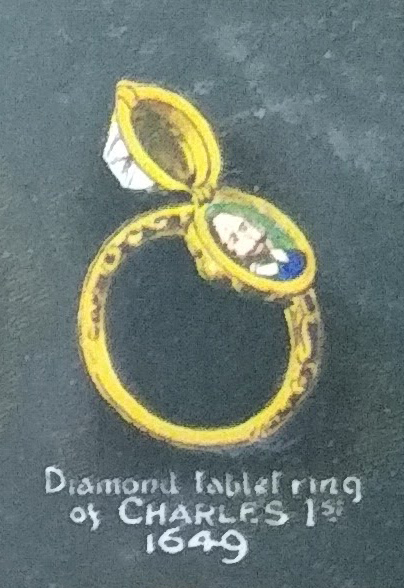 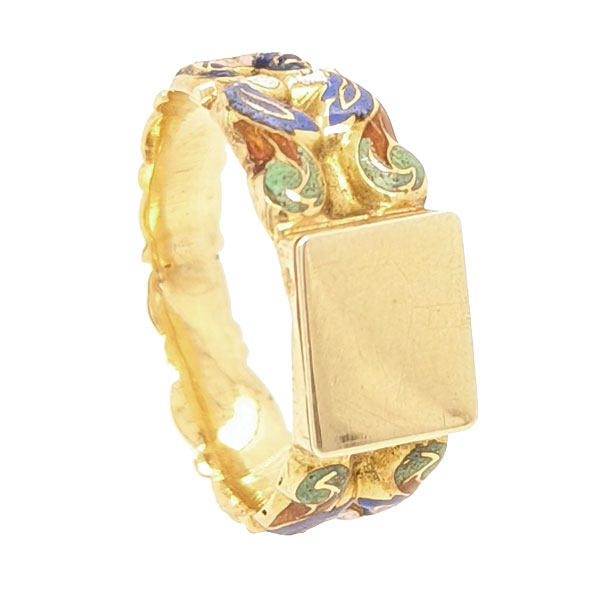 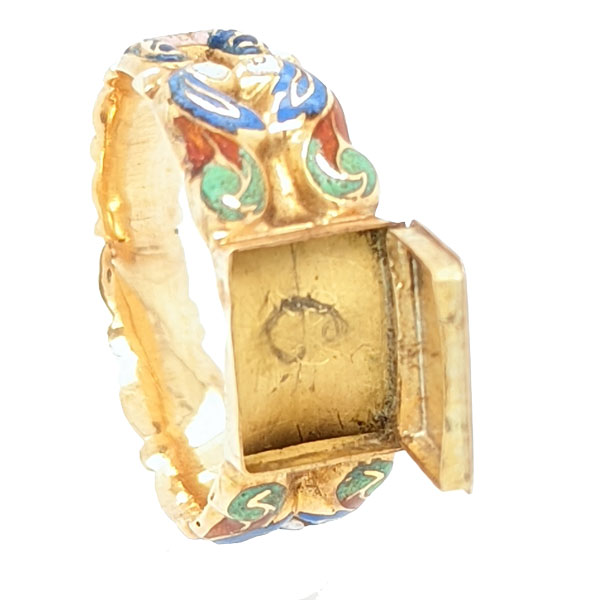 I have pulled out from our private collection two rings which also open up to reveal secret compartments.   The first has intricate enamel work whilst the second which is dated as 1867 has a double catch and a glass cover to the inner compartment.

You can only speculate as to what was originally kept in these rings and I would like to think that was less sinister than poison but perhaps something romantic such as a picture or a lock of hair.

When I look at the framed picture what is striking to me, is that so few of the rings seem to represent love, romance, beauty or sentimentality .  So if I were compiling such a picture I would have chosen to include something different from our private collection. 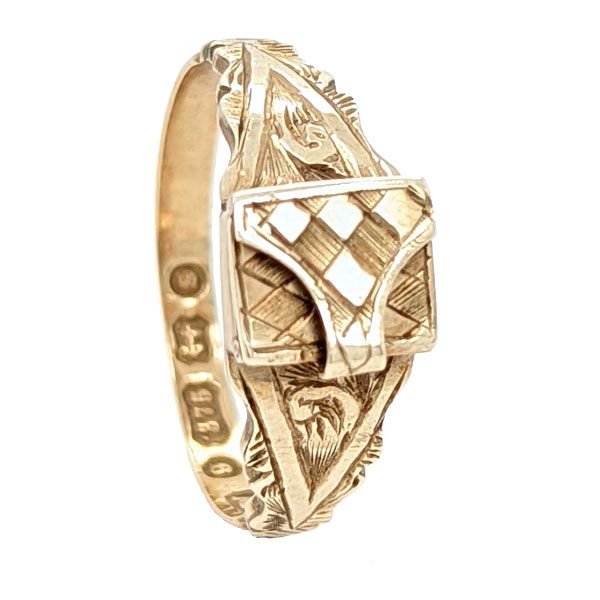 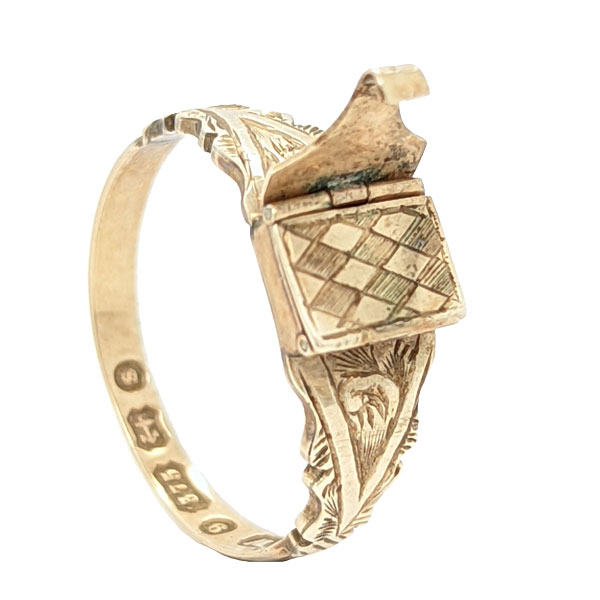 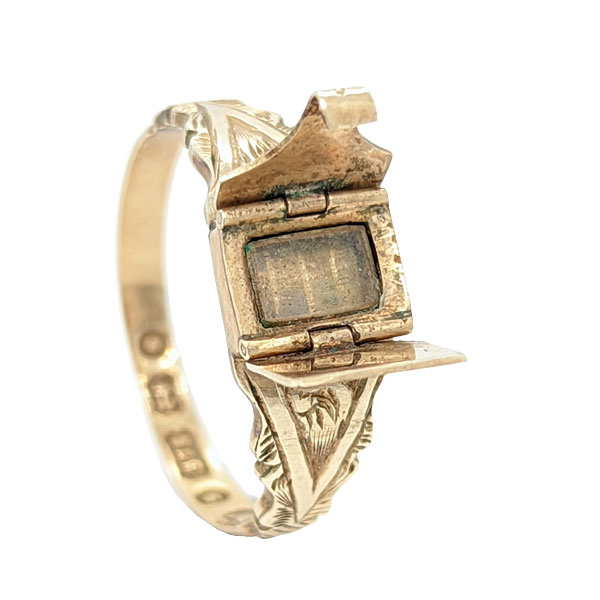 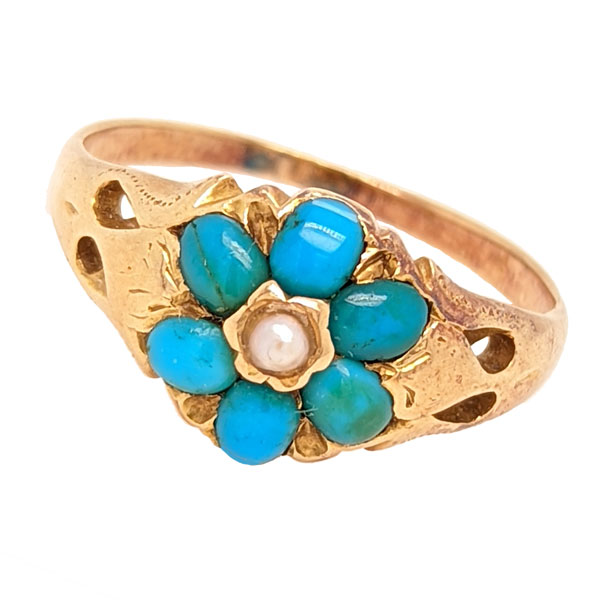 Victorian gold turquoise and pearl forget me not ring

The language of flowers known as floriography has been a part of many cultures for thousands of years and was particularly popular in Victorian times.  Turquoise is the stone for a forget me not, so I would have included in my picture this pretty little Victorian turquoise ring that looks just like the flower.  This hidden messaging can still be seen in contemporary pieces like this silver and turquoise ring.

One of the most romantic expressions of love through jewellery design is the Toi et Moi ring, meaning you and me. This symbolism can be interpreted with two gems nested side by side coming together in harmony with its popularity reached a peak during the Edwardian and Belle Epoque period.   This pretty Victorian example has an interesting combination of a pear shaped garnet together with a diamond. 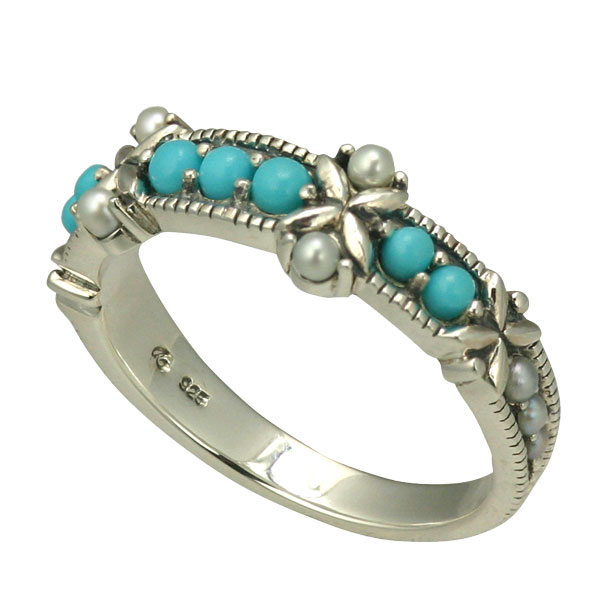 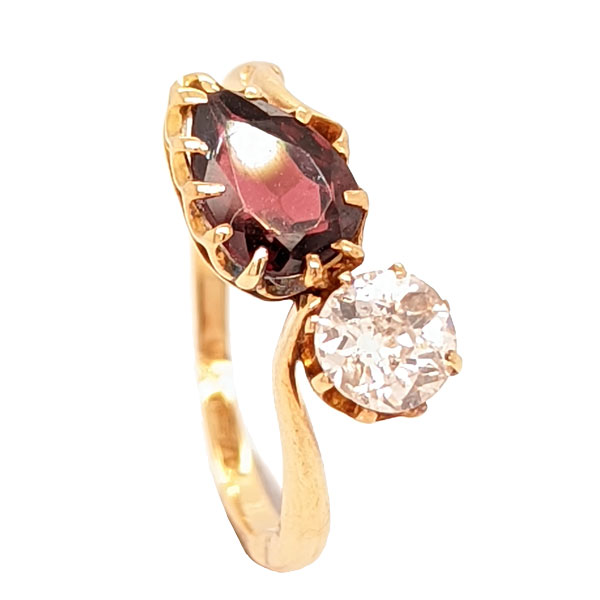 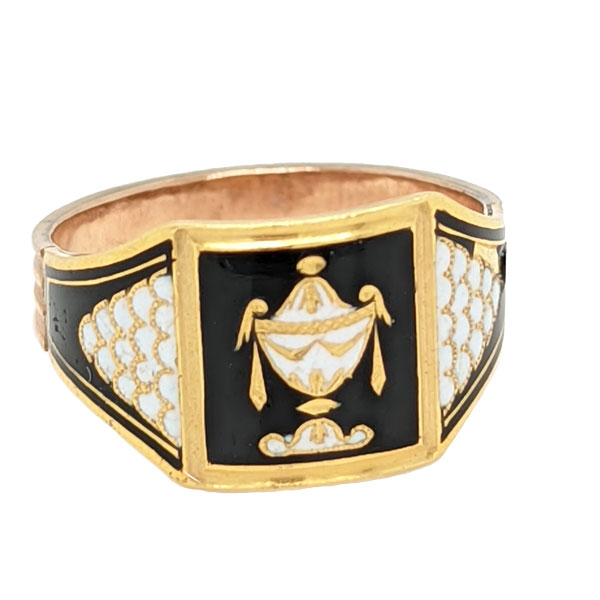 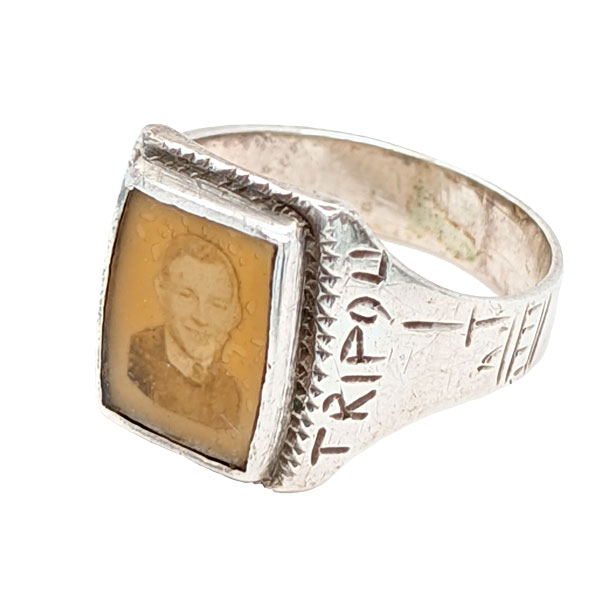 Sentimental mourning rings were popular in the 19th century and this example which is set with black and white enamel and is dated 1808. It refers to a young man aged 25 years and the white enamel was used to infer the deceased was unmarried.

Another more recent sentimental ring, set in silver, features a portrait of a young man who fought at the Battle of Tripoli in 1943. We have no idea who he was or if he survived the war but the ring is a powerful reminder of those who fought there.