Over the next few months I am going to take a look at jewellery inspired by nature.   So with the signs of spring in the air and Mother’s Day fast approaching, I have been seeking out recently launched designs and you may notice there is a nature theme going on.

The eighteenth-century jewellery designers had a fascination with natural images including jewelled flowers and later at the turn of the century introduced insect designs too. So by the 1860’s flowers and insect jewellery featured as an accessory on bodices, hats and veils.  Like the Victorians, today’s contemporary designers continue to draw inspiration from nature to make their jewellery.

New for this spring, Linda Macdonald has been busy, adding new pieces to her nature themed collections including the quirky hare pendant and matching earrings. As always, with Linda’s work I love the attention to detail, note the gold heart representing the hare’s eyes.

The tiny, whirring hummingbirds native to the Americas are so jewel-like and so phenomenal in their feats that they are the stuff of fairy tales and legends. It is not just that they dart around and have the extraordinary ability to fly backwards but it is said they appear out of nowhere and spreads happiness and joy into to those that they pass. So no wonder they are an inspiration to designers.  These pendants and earring sets are understandably popular and are now available in rose plate as well as silver.

The bee has long been a favourite subject of jewellers and we are always looking for new designs. The citrine and black diamond bumble bee pendant we introduced at Christmas has some small earrings to compliment the pendant too.

We couldn’t resist introducing this charming enamel bumble bee pendant part of the new collection from Nicole Barr. This black and yellow bumble bee is so cute! It has wonderfully fine detailing to its hairy body captured in enamel which need to be seen to be appreciated. 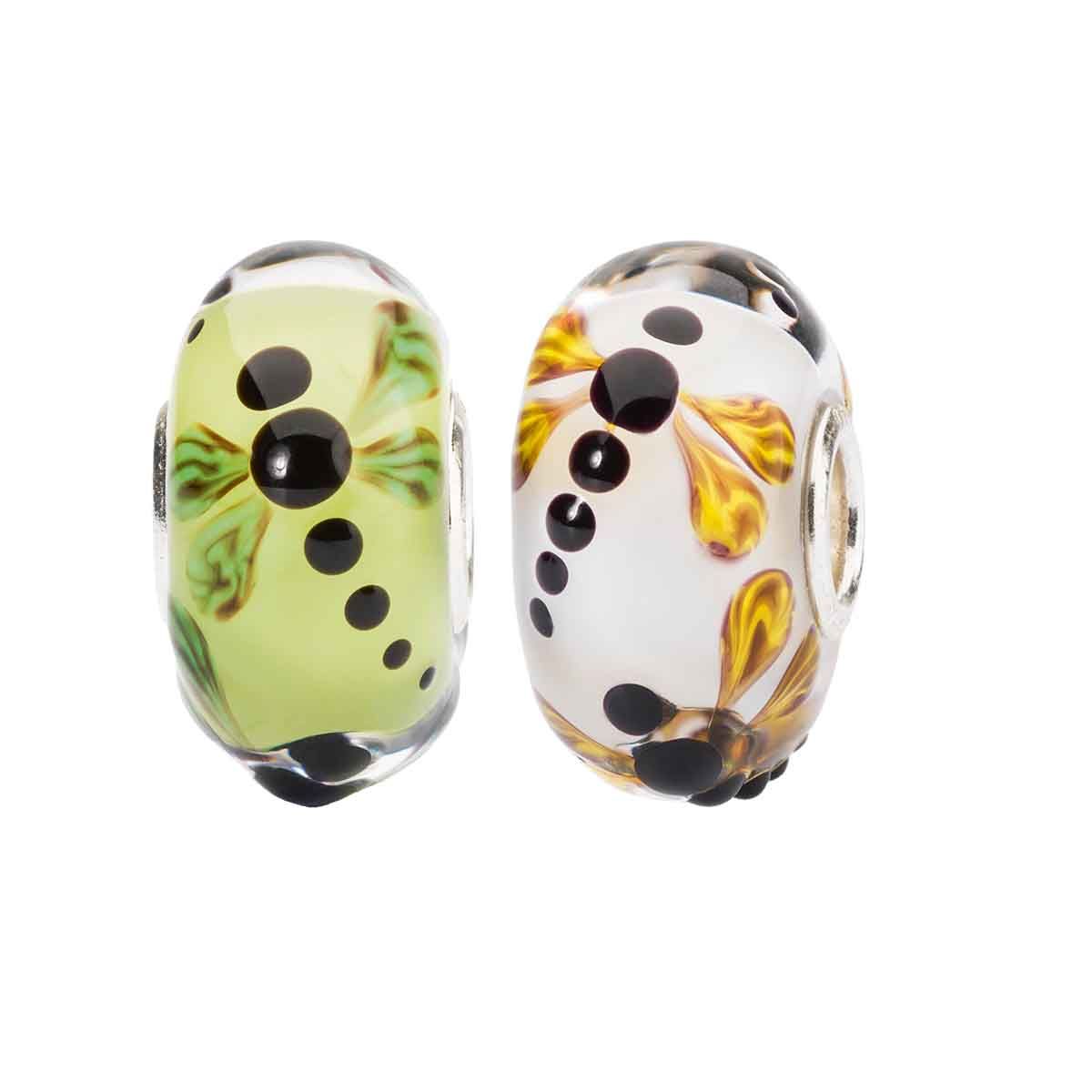 Dragonflies have long been admired by jewellers because of their distinctive silhouette and dainty netlike wings. In the Art Nouveau period, jeweller Rene Lalique inspired by these wonderful insects used an important enamelling technique called Plique- a- jour. The enamel is placed between the gaps in an unbacked metal framework so the light shines through, rather like a stained glass window and perfect to create an insect’s wing!

Troll beads have also launched the Nature Art Collection. Again, the vibrancy and colour of these glass beads is amazing. The glass dragonfly beads priced individually at £30.

Butterflies are always too fascinating to ignore and have also been a popular subject for jewellery because of their physical and spiritual quality. The metamorphosis of a butterfly’s life cycle led some ancient cultures to believe that butterflies flying free after their previous earthbound existence symbolise the soul. However, I think they probably attract more attention because they are so vividly coloured. 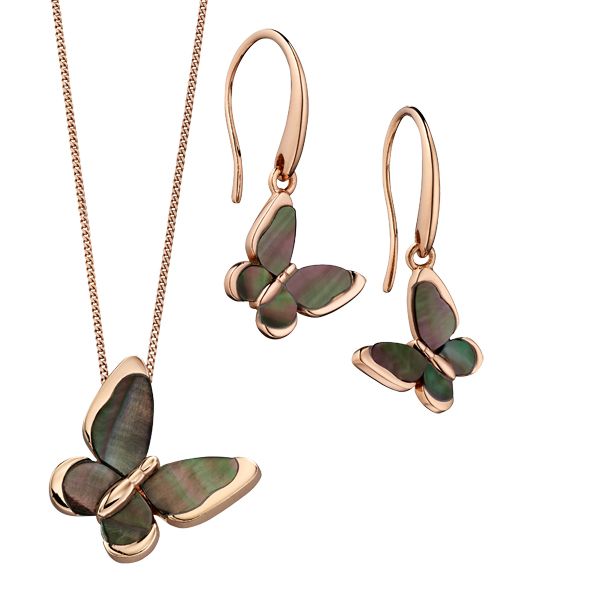